Are you the 'Twitter' guy or gal at your school?

I've been thinking a lot about Twitter lately. Part of this is because some in my district have referred to me as the 'Twitter' guy.

At first I thought nothing of it and I was actually a little proud that somebody took the time to refer to me as something other than my official role in the district.

But, as the 'Twitter' guy acknowledgement continued, I started to think about if that was really who I wanted to be and what I wanted to be known for.

Now, I'm not saying I'm not proud of being on Twitter and I'm definitely not saying that I will stop being a vocal advocate for Twitter.

I'm also not interested in putting an end to my tweeting anytime soon!

Twitter has had and continues to have a profound and significant impact on me both professionally and personally.

I honestly don't believe being the 'Twitter' guy has adversely affected my role or any of the relationships with my colleagues. 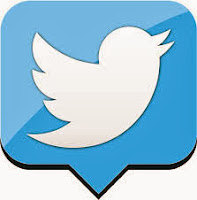 Having said that, I can't help but think this designation has 'scared' off or 'shyed' away some colleagues who may have thought I was 'weird' or that I wouldn't understand.

Even though more and more folks are dipping their toes into the social media scene, many and most are not.

Being the 'Twitter' guy definitely has some perks, but more and more I'm worried about the subtle negatives or possible and perceived misconceptions...

Just putting words to my thinking...