In Union we've started to host professional development sessions every other week on a predetermined topic. These sessions are completely voluntary, and are open to all content areas and all grade levels. The first topic we are discussing is, "Motivating the unmotivated student."

Check out all of our upcoming sessions here: Union PD sessions

"Knowing" is no longer good enough...

The knowing vs. doing gap... 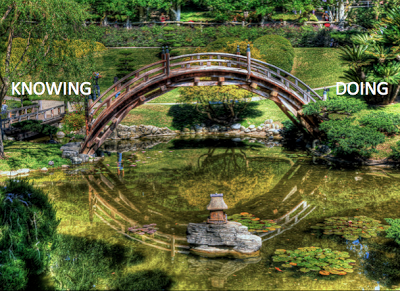 We all know we should probably eat healthier and exercise more often, but what we know and what we do are sometimes two different things...

The same thing goes for our students.
Our students know a lot, however can they do something to demonstrate & validate their "knowing...?"

Think about the types of activities your students are completing. Are they simply regurgitating information in isolated chunks, or are they applying information on a larger scale as part of a more complex process with essential skills embedded?

Watch this 6 minute video about the value of information:

- More times than not homework adds little value when it comes to student learning...


- There is pressure from society to continue giving homework because that is the way it has always been done...


- When a student receives a zero for not completing homework, he/she is NOT learning about responsibility and "the real world." 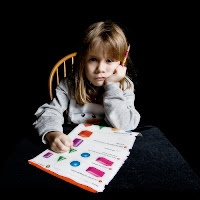 - Homework should be an extension of the learning environment that provides students the opportunity to explore and discover...

- Homework can be a valuable tool in schools, but too often homework is misused and ultimately detracts from the learning environment.

- Students should not spend all night every night doing homework... how many Educators do you know who work 8 a.m. until 10 p.m.... why should students be subjected to that...?

- The natural love and curiosity of learning are destroyed by too much irrelevant and unproductive homework...

- A school without homework and grades would be a school where student learning and success increased...

- Not enough Educators are having this difficult conversation about the role of homework in schools...

What are your thoughts...? Let's keep this conversation going in an effort to move the homework discussion forward.

Email ThisBlogThis!Share to TwitterShare to FacebookShare to Pinterest
Labels: homework, is homework effective? administration, principal, should be ban homework?, the role of homework in schools

What if you could bounce ideas off educators not just in your hallway... school... district... state... or even your country...? What if you could open up learning for your students... what if the great many opportunities of the world were at your and your students' fingertips? The truth is, you can, and it's happening all the time!

Welcome to the Networked Teacher: 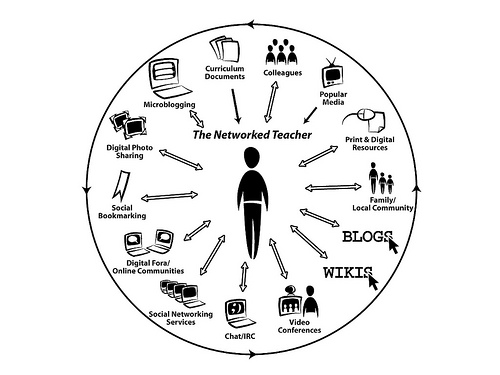 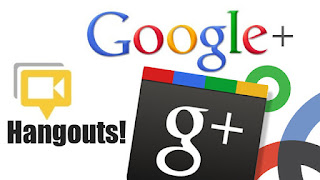 Have up to 10 educators or students in a "Google Hangout" discussing and working collaboratively via Google Plus: 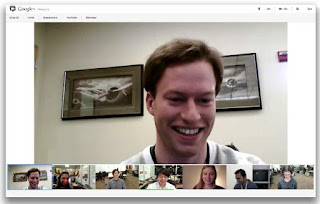 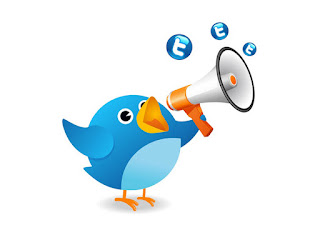 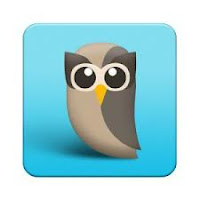 Amplify your voice and broaden your pool of knowledge by asking questions and sharing ideas while getting instant feedback via Twitter. At the secondary level, create a hashtag (#mathMrsmith) for your classroom so kids can communicate and share information about the class.


Bonus, check out Hootsuite to set up a schedule of your tweets which will allow you to write your tweets in advance and have them sent out later automatically! 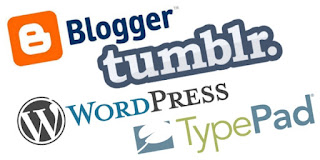 Start a blog to share your educational learning experiences; create a platform for discussion via the comment section on your blog. Have your students start a blog so they can share their work with an audience of more than just you, their teacher: 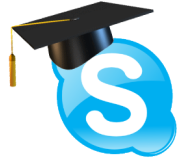 Skype with another classroom on the other side of the United States; Skype with other educators to discuss best instructional practices: 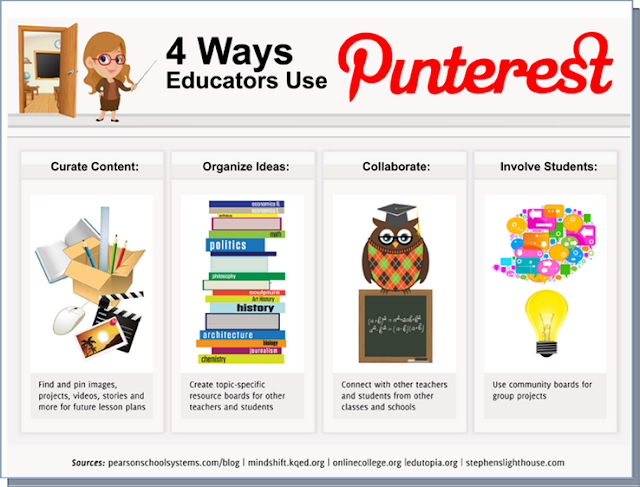 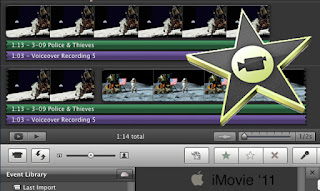 Have your students use their iPods, iPads, or iPhones to create their own videos via iMovie. Bonus, as a teacher, create your own short videos to archive important concepts or lessons and share with kids who were absent... explore flipped teaching!


Being a networked educator is all about not working alone. It's all about tapping into the vast world that is quickly becoming smaller and smaller.

A parable of monkeys...

Leadership is difficult. Leadership and change are even more difficult. Being new to leadership in a new building requiring change is most difficult...
Start with a cage containing five monkeys. Inside the cage, hang a banana on a string and place a set of stairs under it. Before long, a monkey will go to the stairs and start to climb towards the banana.
As soon as he touches the stairs, spray all the other monkeys with cold water. After a while another monkey makes the attempt with the same result, all the other monkeys are sprayed with cold water. Pretty soon when another monkey tries to climb the stairs, the other monkeys will try to prevent it.
Now, put the cold water away. Remove one monkey from the cage and replace it with a new one. The new monkey sees the banana and wants to climb the stairs. 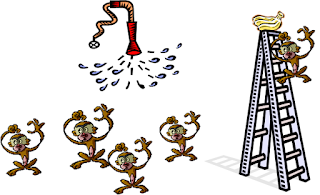 To his shock, all of the other monkeys attack him. After another attempt and attack, he knows that if he tries to climb the stairs he will be assaulted.
Next, remove another of the original five monkeys and replace it with a new one.
The newcomer goes to the stairs and is attacked.  The previous newcomer takes part in the punishment with enthusiasm.
Likewise, replace a third original monkey with a new one, then a fourth, then the fifth. Every time the newest monkey takes to the stairs he is attacked.
Most of the monkeys that are beating him up have no idea why they were not permitted to climb the stairs or why they are participating in the beating of the newest monkey. After replacing all of the original monkeys, none of the remaining monkeys have ever been sprayed with cold water. Nevertheless, no monkey ever again approaches the stairs to try for the banana.
Why not?
Because as far as they know, that is the way it has always been done around here.

I first came across this story on Anthony VonBank's website: http://goo.gl/emJTX 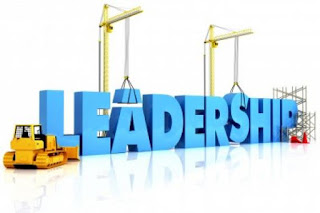 - Sometimes the easiest and most straight forward decision becomes the most difficult and controversial in the blink of an eye...- If your goal is to keep everyone happy and comfortable, you should plan on not getting much accomplished; progress and growth will require pulling and tugging... - You are surrounded by people with many strengths and viable attributes; help to create an environment where they can excel and share their strengths with others...- There is a very fine line between helping and being supportive, and enabling and creating a group of people who are dependent upon others to get anything done; tread this line carefully...- What you say is fine and dandy, but what you do is all that really matters...- If you want to prevent and destroy any hope of having positive morale, you will have lots of meetings where nothing really gets accomplished... you will probably also have meetings about future meetings.- Making yourself available is a double edged sword... the more available you are, the easier you are to reach, which is both good and bad. Being available and visible are parts of leadership, and being available will always far outweigh not being available...- If you don't appreciate and recognize the contributions of others, you will eventually fail, and you will most certainly never become a great leader...- Leadership will always be centered around relationships, and those that are able to master the relationships piece will be best positioned to be great leaders...- Leadership is about commitment, perseverance, self-reflection, and trust; commit yourself to doing whatever it takes, and trust yourself and others to be self-reflective learners who are always looking to grow...


What have you learned about leadership...?

Be sure to check out my first post as well:

Assessing for learning...not just for grades 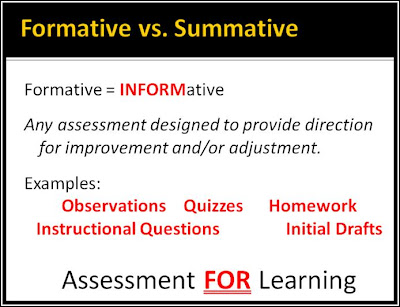 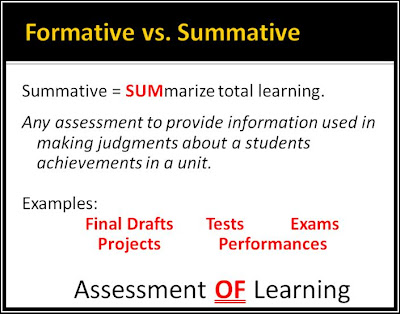 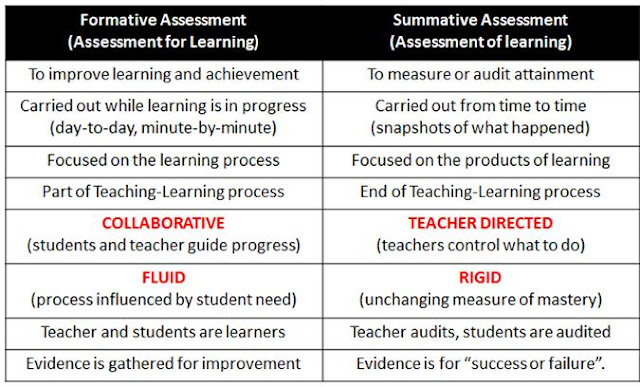 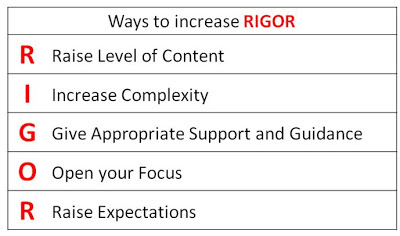 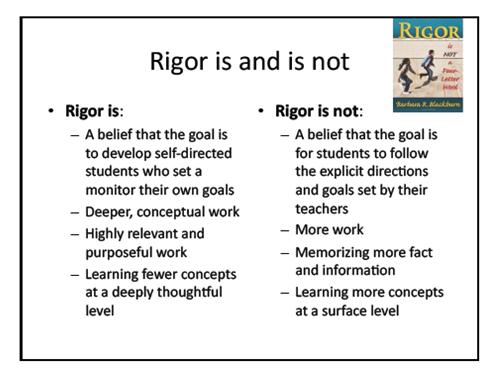 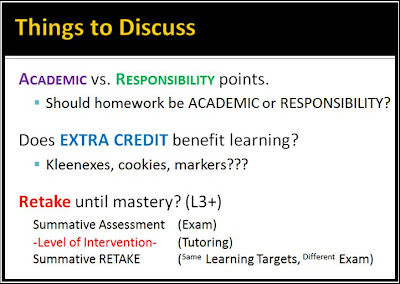 ~ just a few things to consider...

**View the entire presentation from the Powerful Learning Conference below: