Two separate and unrelated events took place in the past week that have really got me thinking: 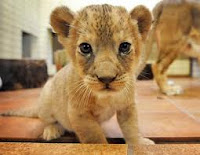 Event 1: I took my mom and dad to go see Disney's African Cats, which I can honestly say was a very awesome movie. Now, I am 27 years old, and as I am sure you can imagine, there were a lot of little people in the theater with moms and dads, and consequently I felt old.

As we waited for the movie to start, I began to listen in on a conversation between two young kids in front of us. They were both elementary age students, but I don't know exactly how old. As I sat there listening to their conversation, I witnessed the transition from a conversation to a session of uncontrollable laughter. So carefree, having such a great time, consumed by laughter and happiness, most likely not a care in the world... 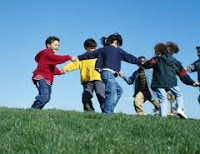 Event 2: Maddy (my 2 year old yellow lab) and I were sitting on the porch enjoying some fantastic weather, and we had the opportunity to watch a spur of the moment soccer game. The kids immediately divided themselves into two teams, and the game was underway in a matter of moments. There was no discussion, there were no disagreements, there was only a focus on playing and getting the game started.

As I reflected and thought more about these two events I became more and more impressed by the outlook and mindset of young children. I have only worked in a high school environment, and the mentality in a high school is to be "cool" and "tough." I am still trying to figure out what it means to be "cool" and "tough," but I will save that for another post.

Young kids have it all figured out. Kids see things in a way most adults and young adults could not even imagine. Kids find enjoyment and pleasure in some of life's most basic endeavors. Kids move past problems and issues without thinking twice, and most importantly kids know how to forget and not dwell on the past. Kids are modeling for us how we should be living our lives... why have I not been paying attention?

If you work at an elementary school or have/had young children of your own then you know what I am talking about; if not, try to be more observant and relearn something from the little young kiddos who have so much to offer.

What has happened between childhood and adulthood to account for these differences...?

Why have we forgotten how to have fun and just be kids...?