Have you found your 'pusher' yet?

Can you recall a time when you were super confident about an idea?

I'm talking about the kind of super confident when you are sharing your idea with anyone who has a pulse and happens to be within earshot.

Your idea is the game changer everyone has been waiting for and there's absolutely no way it will flop...

Then, as you are sharing this glorious and amazing idea with someone, you hear the strangely but yet extremely powerful word of 'but.' 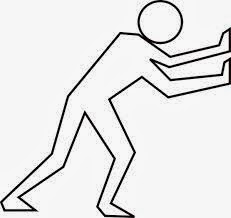 That special word is then followed by, 'Have you considered ... ?'

It hits you like a dump truck full of rocks going full speed down a hill.

You've just realized that you haven't thought about every angle and you haven't considered every perspective when it comes to this glorious and amazing idea.

Here's the thing about being pushed... we don't like how it feels and by human nature we try to do everything in our power to avoid being pushed.

Here's where we are wrong about being pushed... instead of avoiding this experience, we need to seek out those with whom we work and interact who have the courage to deal out a good pushing from time-to-time.

Even though it hurts at the time, it's because of these 'pushers' we are able to grow and improve ideas before they go 'live.'

Find those 'pushers' and allow them to critique and punch holes in your plans. It's because of this process you can turn a beta idea into a bonafide powerhouse idea.

Remember, if every person says every idea you have is a great idea, then someone isn't telling the truth.

Find some folks who will tell you the truth, and be sure to keep them near...

Email ThisBlogThis!Share to TwitterShare to FacebookShare to Pinterest
Labels: education, have you considered, how you thought about this, leadership, push my thinking
Newer Post Older Post Home