Why Twitter should be a part of your PLN... 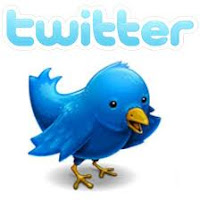 If somebody asked me about the last 6 months of my life, I would respond by saying something like this; the past 6 months have been extremely challenging, but yet at the same time I can say with little hesitation that I have grown more as an educator in the last 6 months than in any other time period in my life.

The world in which we live is changing faster than anyone could ever imagine, and because of this the educational system must evolve and make adjustments, both for educators and students.  This summer, a few teachers and myself decided we would use Twitter as a way to communicate with students and parents.  This initiative did not go over very well.  Most students and parents didn't have Twitter accounts, and many had no idea what Twitter is, or how it could be used.  Despite having zero success with students and parents, we discovered a world of opportunity with Twitter as we looked for ways to grow and develop as educators...

Here are 2 examples of how Twitter has positively affected my German 2 and 3 students:

1) - On Saturday morning I was using Tweetdeck to check up on what people were tweeting.  I came across a Tweet about Xtranormal, which is a text-video program.  "If you can type, you can make movies," is the slogan, and I immediately felt the need to explore further.  Two hours later I created this:

I now plan on having my German 3 students write their own movie scripts, and ultimately make their very own movies to share with others.  I showed my students my example today in class, and they loved it!  Without Twitter, I would probably still not know this program exists... 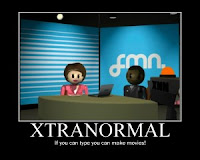 2) - A couple week ago, Thomas Whitby encouraged educators to blog about educational reform.  Once each educator completed his/her blog post, we then posted a short comment and the link to Wallwisher.  This was the first time I had ever heard of or used Wallwisher.  Today in my German 2 classes we created 3 different "walls," one for each class.  I then had each student think about what he/she did on the weekend.  Once each student had time to think, I asked each student to come to the computer projector, and type what he/she did this weekend.  The remaining students in the class were given the task of helping the student at the computer with grammar and proper spelling.  This worked well because the students were able to work as a group to help each other.  Without Twitter, I still might not know about Wallwisher.  Here is the "wall" for my 2nd hour German 2 class:

I can't say enough good things about Twitter as a tool to help educators grow and develop.  There are so many great educators out there who are willing to share and collaborate, and consequently Twitter has completely changed the way I look at professional development.  Accessible 24/7, connecting educators from around the world, and the ability to share and collaborate at the click of the mouse, are all the perfect reasons Twitter should be a part of an educator's PLN.  Even if you don't do a lot of tweeting, following the right group of educators can be inspiring, motivating, and more importantly, a crucial piece to your professional growth and development.