I just recently finished reading Todd Whitaker's newest book, "Shifting the Monkey: The art of protecting good people from liars, criers, and other slackers." For the record, I am a big fan of Todd and his work. He is also a pretty big deal on Twitter; he can be followed at @toddwhitaker.

This book is a quick read with a lot of practical and relevant advice for anyone in a leadership/management position. I also see great value in reading this book for anyone who works with other people both in your professional and/or personal lives.

As a leader or manager you are bound to work with a few employees who are more than willing to share their monkeys with you. Todd argues that when a leader or manager allows weak and under performing employees to "pass off" their monkeys, they will eventually become inundated with the responsibilities of others, thus never being able to do what they were originally hired to do. Additionally, a leader needs to protect his/her best performing employees, who because of their willingness and helpful nature, can get overwhelmed and discouraged when weak employees are allowed to "pass" their monkeys and ultimately get away with doing less.

The business of sharing and shifting monkeys to the backs of others can be quite devastating to any team or organization, and as such the monkeys need to be put in their place!

Though Todd did a great job of addressing many of the questions I had as I read along, I still find the practice of "shifting the monkeys" to be much easier said than done.

I have and continue to struggle with the fine line of being helpful or being too naive and taking on the responsibilities of others. Todd says that you should be helpful, but when you sense that someone is taking advantage of you, it's time to make sure the monkeys stay where they belong. Furthermore, it's in everyone's best interest to make sure the monkeys are evenly distributed. Without an even distribution of monkeys, members of any organization will begin to feel resentment toward each other, and ultimately the wrong kind of competition will emerge. 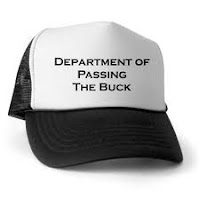 In your school or organization, how are you ensuring that the monkeys stay where they need to stay? How are you being a supportive leader or manager while also not taking on too much to the point that you can't accomplish any of your own responsibilities?