We need more misfits in #education

We live in a culture where asking 'why' and asking for clarification can be looked at as overstepping ones boundaries. Additionally, a simple request for more information can turn some people into feeling they need to be on the defensive. We say we want collaboration and teamwork but yet our actions at times don't exactly match up.

We also live in a culture where there is a perception that playing it safe and maintaining the status quo are the necessary steps to getting ahead. I feel pretty confident that this 'play it safe' mindset may have worked in the past, but I just don't think it has the same effect as it once did. Some of the greatest inventions and discoveries were a result of not playing it safe and avoiding the status quo at all costs.

Misfits don't see a problem with asking 'why' and asking for justification and misfits don't base their actions on what is safe and what is 'status quo.' 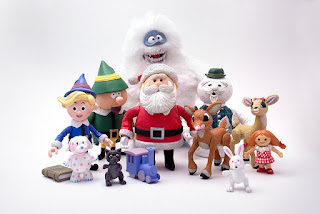 Think about it... we all know those misfits on our teams and in our buildings. Sometimes they are treated differently and viewed as outliers, however, their behavior (which isn't always valued) does and can serve a greater purpose.

Having said all that, don't take this too far. We don't need you or anyone else going off the deep end when it comes to pushing the envelope. Yes, in an ideal world asking for clarification and more information shouldn't be frowned upon, it should be encouraged. But as you all know, it doesn't always play out like that.

Likewise, we should be creating and supporting environments where we can try new things and explore what has yet to be explored. Misfits are great at taking what is and developing it into what can be.

But remember, there always needs to be a sense of control and pre-planned purpose. All misfits know when it's appropriate to question and when to push, but they also know when it's more appropriate to be patient and wait another day. Sometimes going with the flow is the best course of action when you're a misfit.

So, ask yourself, what kind of culture do you have in your building or your district? Are misfits allowed or are they banished to their own separate island?

What would your colleagues say about you?Are you a misfit... do you ask 'why' and question the status quo... do you look for what others haven't yet seen?

How do you respond when your colleagues or students act like misfits? Do you get defensive... do you judge them... do you try to control them and limit their 'misfitness?'

In closing, what are you doing to encourage more misfit like behavior in your school or district?