Being 'disruptive' is all the rage now.

Being innovative, being creative and being a risk-taker are some of the major buzzwords being thrown around in the education community. Additionally, educators who are skeptical and are willing to push the system are seen as the true leaders in education. 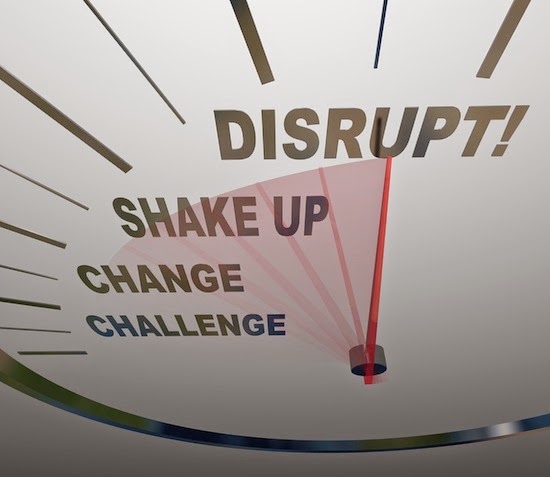 The typical educator is predictable and conservative and more times than not will take the safe route and travel the road that's been traveled several times before.

Perhaps I'm wrong with this observation, but I find the typical person who gravitates toward the education profession isn't one who we would consider as 'disruptive' and someone who is willing to deviate from 'safe' and take a big risk.

Obviously this isn't true for all who have entered the education profession, but I definitely feel it accounts for the majority of folks who work in education.

So here's the rub... if we want and are expecting educators to be 'disruptive,' innovative, outside the box thinking, and risk-taking individuals, aren't we asking and expecting most folks to be someone they aren't?

Aren't we asking the folks who look the 'best' on paper, appear to be the most reliable and trustworthy with the lives of students, to be and act differently?

Just one of the marbles that is currently rolling around in my head...