I got in trouble for Tweeting at work...

I remember the day like it was just yesterday...

I'd just finished a meeting with our elementary group leaders and I was on my way home. The meeting was good and was quite productive. I was feeling pretty good about what we had discussed and the plans we had moving forward.

On the way home my phone started to ring and I noticed it was my assistant superintendent. I of course answered the call and thought it a little unusual since this person was present and a part of the meeting I had just left.

'Justin,' it started out, 'I have some information you probably need to be aware of.'

Of course this is not the way most people want a phone conversation to start, so I immediately began to worry and prepare myself for some kind of bad news.

The news that was to follow was definitely not what I was expecting.

'There has been talk among some in the district about the utilization of your time while at work.'

By now of course I realized this bad news was about me, and not someone or something else.

I began to think about the day and the things I've been doing recently at work. I personally didn't feel that I had a lot of free time and frankly was quite busy as usual.

I then asked, 'can you be more specific when you say the utilization of my time while at work?'

The response came swift and hard and literally felt like a punch to the gut... 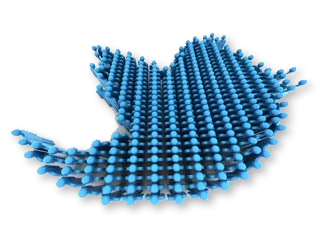 'Some are concerned about the amount of tweets you send out during work hours and are questioning if that should be something you are allowed to do during the day while you are at work.'

I of course then went into defense mode and listed every possible reason in the world why I thought using Twitter in the day was not only acceptable, but was also benefiting the district because I was leveraging the help of others to assist those within my district. I then made the case that my Twitter stream was almost all professional and all related to education and leadership.

First thing the next morning I was in my superintendent's office to defend myself...

We talked... I explained... questions were asked... information was shared... in the end... we agreed.

In the end I was supported and reaffirmed in my pursuit to be and remain a connected educator. My superintendent was not only supportive of this behavior, he encouraged it and has even started a personal Twitter account.

The point of sharing this story is simple... we still have far too many educators who don't fully understand Twitter and don't understand the value of being connected. They aren't seeing the benefits of collaborative learning and are pre-judging those who do by assuming we are just 'playing' around.

Keep spreading the good word and modeling appropriate and effective social media usage to those who know not!